Farmers Branch is home to over 4,000 companies and serves as the corporate headquarters for roughly 250 companies including Occidental Chemical, Taco Bueno, SoftLayer Technologies, JDA Software, and Maxim Integrated Products. In 2014, more than 240 businesses moved to or expanded in the Farmers Branch, including Chamberlin Roofing, Big Game Football, Ironclad Performance Wear, and eRecycling Corps.

There are 15 major office buildings with amenities like on-site management and security officers, jogging trails, and fitness centers. The top 3 employers in the city are IBM, JPMorgan Chase Investment Services, and the Internal Revenue Service.

The city of Farmers Branch strives to offer businesses and residents a high quality of life and encourages businesses to relocate with property tax rebates and other incentives. Farmers Branch also recently implemented a Commercial Façade Revitalization Program that offers grants for business owners who enhance the publicly viewed areas on their buildings. 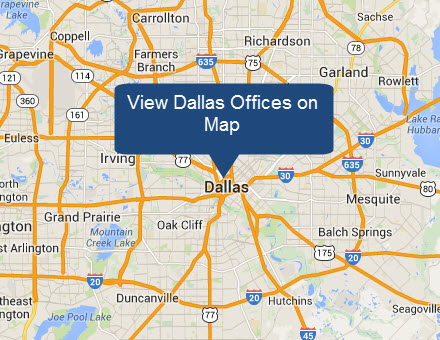 The city of Farmers Branch is the oldest settlement in Dallas County and takes pride in its deep Texas roots. Over 31,000 people call Farmers Branch home, and its close proximity to Dallas and old-town feel continue to pull more people in. The city offers residents and businesses an outstanding quality of life through its award-winning parks and family-friendly citywide programs.

DART, or Dallas Area Rapid Transit, has a Green Line that allows residents and visitors to quickly access the Dallas Metroplex. In addition to being a transportation hub, Farmers Branch is known as the city in the park. The city prides itself on the maintenance and landscaping of its 28 parks.