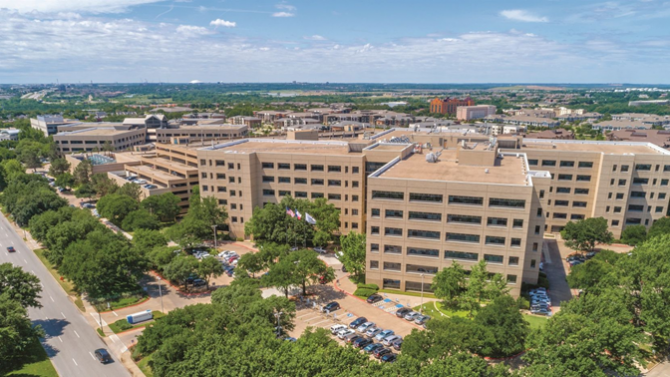 May 21, 2020 (DALLAS, TX)
Austin-based Capital Commercial Investments Inc. bought the 40-acre campus with funding provided by Boxer Property. The almost 1.4 million-square-foot office complex, built in the 1980s, had been on the market for a year after American Airlines moved its operations to the west side of State Highway 360.

Capital Commercial Investments was attracted to the property based on the quality and potential of the location, with a number of development plans in mind, including offices, parking garages and land for additional projects.

Paul D. Agarwal, founder of Capital Commercial Investments, said “One of the reasons we purchased the property is there seems to be a shortage of large, continuous blocks of office space,” Agarwal said. “We have a few large tenants in mind for the spaces that are available.”

Commercial property firm Transwestern marketed the office campus for sale and the deal was brokered by Mortgage Broker, Churchill Capital, a partner of Boxer Property. Transwestern will handle the leasing and management of the property for the new owner.

Hardage brokered the sale along with Troy Barron from Weston Commercial Real Estate and Transwestern’s Alan Harrington and Steve McCoy.

Capital Commercial has been in business since 1992 and done more than $1 billion in investment deals. Owning properties in North Texas including the former Bank of America building at 6400 Legacy Drive near the Dallas North Tollway in Plano. The five-story, 231,479-square-foot office building across from Legacy West development. 505 Millennium office complex in Allen and the Dallas Communications Complex in Las Colinas.

Boxer Property has been in business since 1992 as an innovative commercial real estate investment and management company. Boxer Property Management Corporation is a privately held firm based in Houston that manages, leases, and administers retail, medical, hospitality and office properties with over 15 million square feet across more than 140 locations, nationwide. For more information, visit BoxerProperty.com

Boxer Property is thrilled to...