If you lease office space in Aurora, expect to be wowed by the city’s mix of industries, including aerospace, bioscience, health care, renewable energy, retail, manufacturing, warehousing, and distribution.

Renting office space in Aurora puts you near Denver International Airport (DIA), the 15th busiest airport in the world by passenger traffic. The airport is often more convenient to reach from parts of Aurora than it is from Denver itself. This ease of access plays a part in the expected growth of the E-470 corridor south of the airport.

On the retail side of things, Aurora has its residents covered. Town Center at Aurora, anchored by Macy’s, Dillard’s, JCPenney, and Sears, features more than 150 stores. Newer centers — like Southlands, Cornerstar, and Gardens on Havana — provide ample shopping, dining and entertainment options throughout the sprawl of Aurora.

Aurora by the Numbers 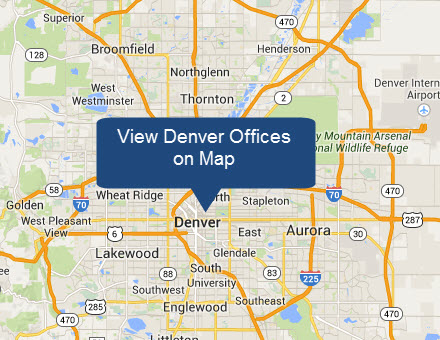